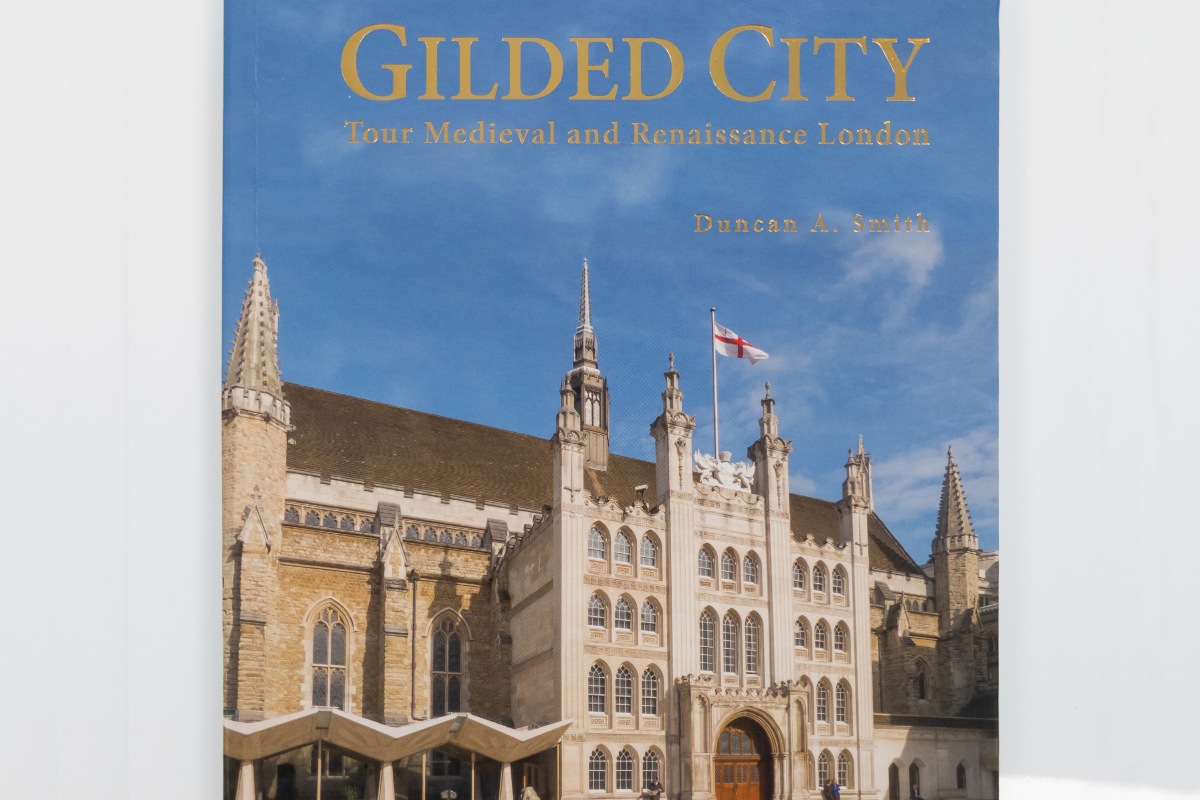 Have you ever wondered how London began? Or how London grew to become such an influential world city for business, politics and culture? You might be interested in Gilded City, a new book recently published (available on Amazon). Gilded City tells the story of London by touring its most fascinating historic districts and buildings, and describing how the emergence of social groups during the medieval and early modern periods – such as the livery companies, religious orders, scholars and writers – helped shape both London and modern society more generally.

Gilded City tells London’s history visually, with extensive colour photography and mapping. Readers can see how the different ages of London have left their mark in the built-environment, and you can follow nine walking tours to explore these sites, including both famous historic landmarks and more secluded historic locations away from the main tourist trail.

Given my background in cartography, lots of new maps have been created for this book. Each of the nine tours is mapped in detail with the architectural form of historic buildings illustrated. The maps are intended to show the important buildings that are still standing today, as well as the site of the many historic buildings lost over time in the Great Fire and other destructive events. These help to show the geography of London during different historical periods, and how the character of different parts of London – such as the financial quarter, Inns of Court and Whitehall – were first established.

Hopefully it will inspire more people to explore more of London, and connect the city today to its fascinating and complex history.