Earlier this year I worked on some charts and maps for a Greenpeace report authored by sustainable transport academic Robin Hickman, exploring the impacts of automobile dependence and the prospects for a post-car world. The report is online here.

The much debated phenomenon of ‘peak-car’ can be observed in many countries in the global north,  in terms of a levelling off of private car use and increases in public transport, as shown in the graphs below. Many theories have been put forward to explain this trend, from the growth and densification of cities, to economic crises, fuel tax changes, to declining car use by younger demographics, and behavioural changes related to the internet. Given the many negative impacts of automobile dependence, from substantial GHG emissions, to air pollution, millions of road deaths annually, and contributions to the global obesity epidemic, clearly this behavioural trend is a great opportunity to develop more sustainable city forms much more widely across the globe. 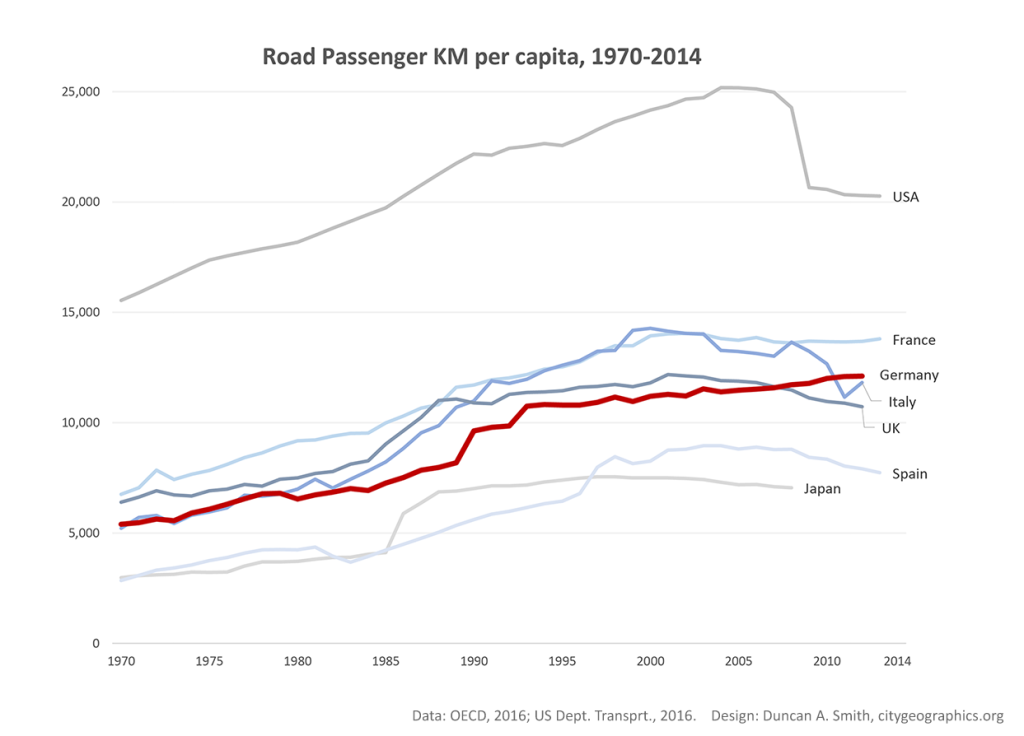 This process is also observable at the level of individual cities, using data compiled by Newman and Kenworthy. Unfortunately this data is only available up to the year 2000. 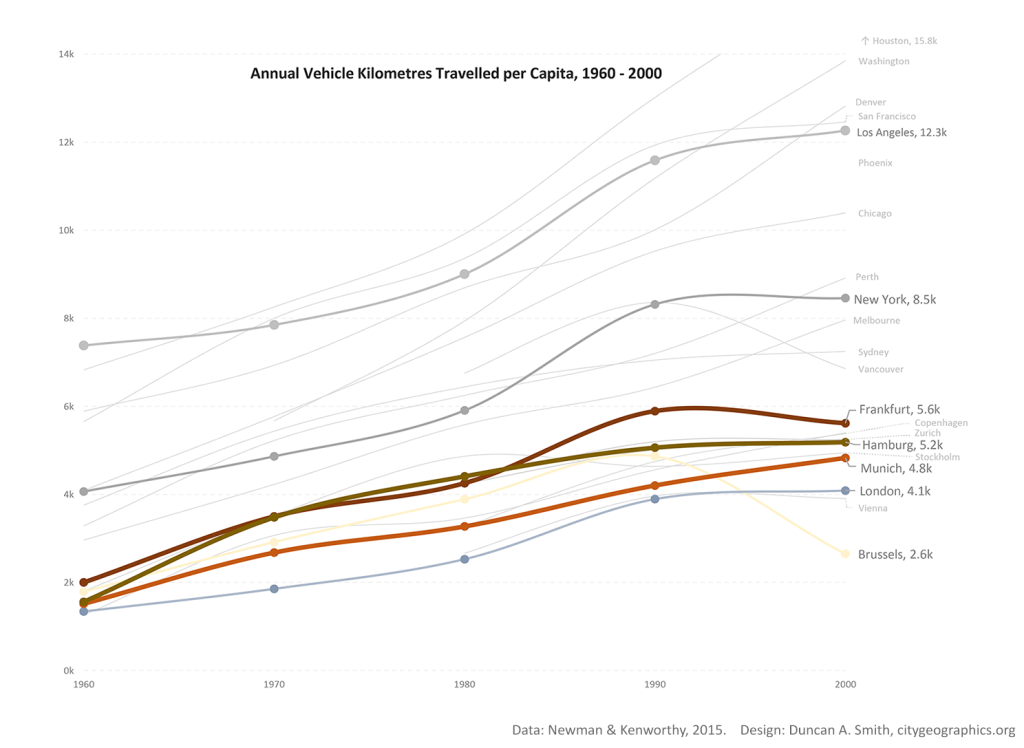 The picture is of course different for newly industrialised countries, many of which are experiencing substantial growth in car ownership. I mapped data on vehicle sales, highlighting rapid growth in China and in Asia more generally, compared to static and declining markets in Europe and North America- 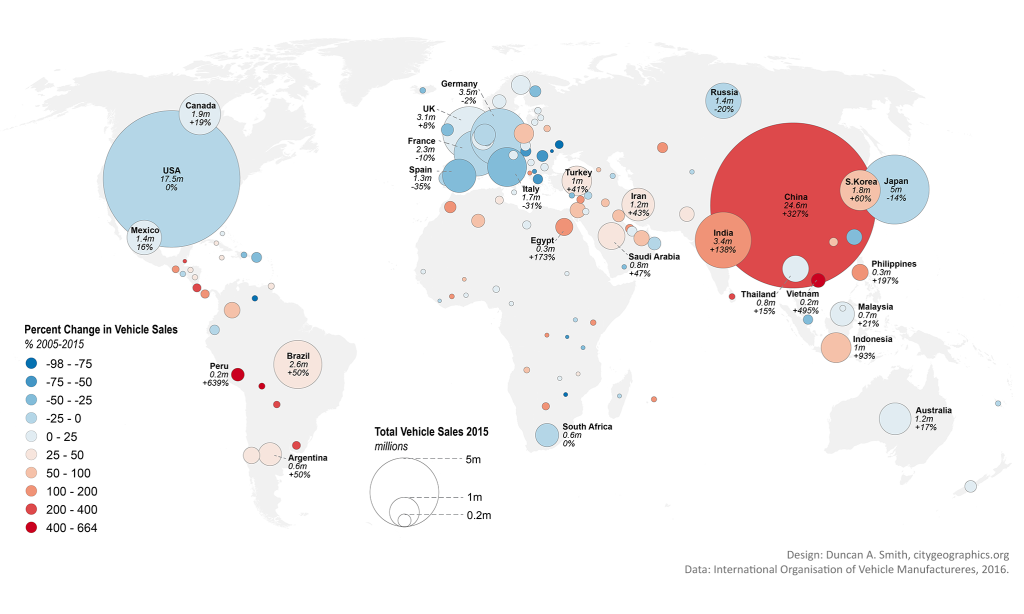 Thus the global sustainability challenge is to accelerate peak-car trends in the global north, and to try to curb the mistakes of automobile dependence being repeated in the developing world. Note that while the chart above suggests that the global south is increasingly responsible for GHG emissions, the picture from per-capita emissions is quite different as shown below, with the highest per-capita emissions in North America, the Middle East and Australia- 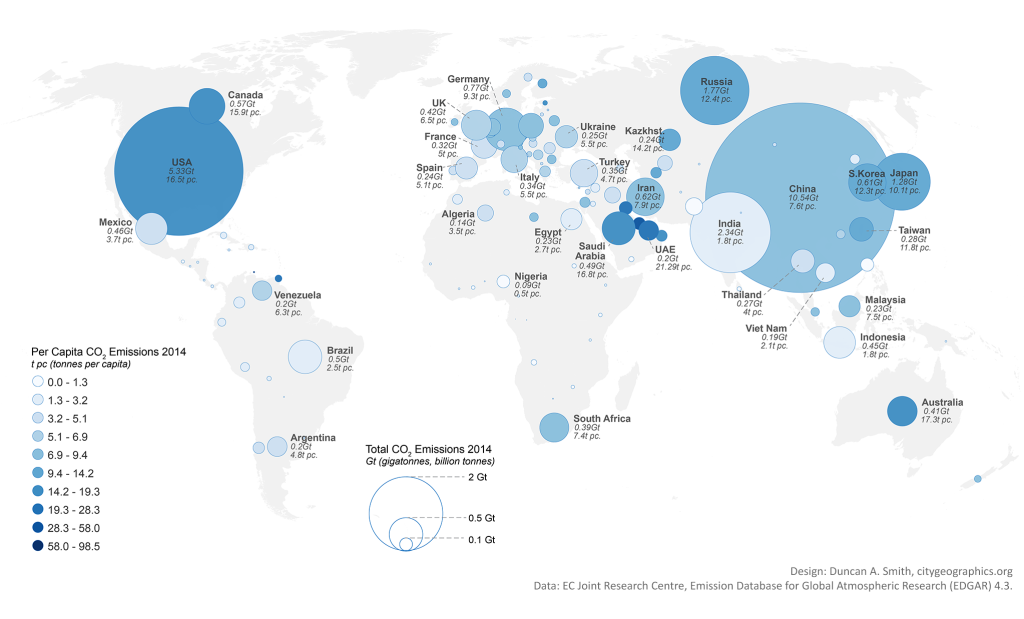